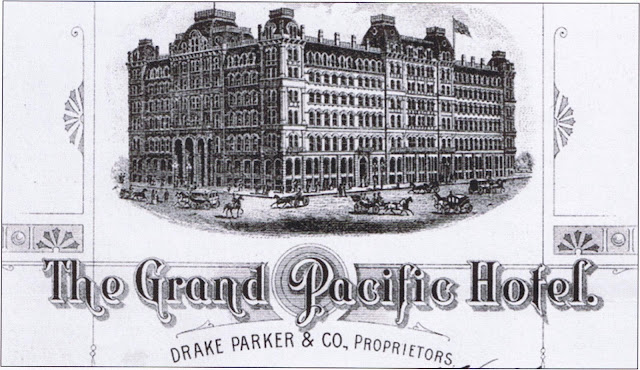 The now-famous writer, Oscar Wilde, stayed here during his 1882 tour of the US.

The Grand Pacific Hotel was one of two prominent hotels to be built in Chicago, after the Great Chicago Fire. The Grand Pacific rivaled the Palmer House as the city’s most luxurious hotel. It was located on the block bounded by Clark Street, LaSalle, Quincy, and Jackson. 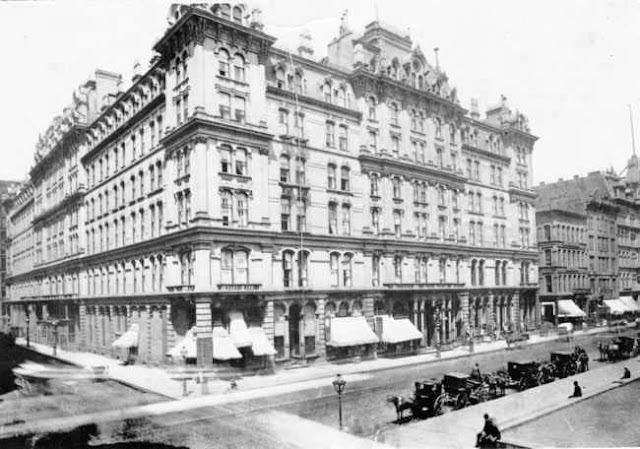 The west half of the building was torn down around 1895 to make way for the Illinois Trust and Savings Bank building. The east half was remodeled by architects Jenney and Mundie.

The second Grand Pacific Hotel opened March 12, 1898, with 188 rooms and continued in operation until 1921 when it was razed to make way for the Continental Illinois Bank building.