The History of the Martha Washington Candies Company. 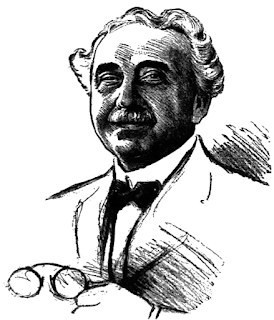 Mr. Elie Sheetz, a confectioner, and founder of the "Martha Washington Candies Company," was born in Pennsylvania, he began business in Lancaster, Pennsylvania in June of 1892, moved to Washington D.C., and continued doing business in serving each customer in such a way as to bring another customer. Generous to a fault in impulse and purpose, he soon understood how to cater, not only to the Sweet-tooth but to create a sweet and wholesome atmosphere in his store and among his customers.

His candy soon gained popularity because it was good candy, made of pure materials. It was christened by a happy circumstance; one of the boys selling his candy reported that a lady had jokingly asked for some more of that “Martha Washington” candy. To Mr. Sheetz, it was as tho the First Lady of the Land herself had spoken. He at once grasped the possibilities of making goods worthy of the name. 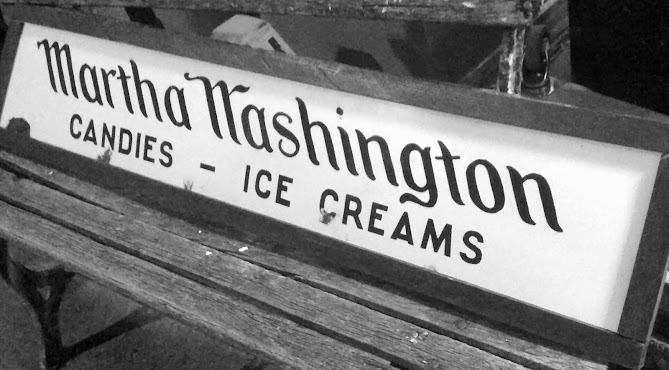 The business grew and grew but Elie Sheetz is not all business. He is first and last... just a real man. His factory and store are pervaded with the family spirit; all aglow with the suggestion of just buying the candy at home. On the walls are historical pictures, portraits of the various Presidents, and many rare prints and photographs of Lincoln and his times.

The collection of mirrors makes his home and office a veritable museum in itself. All this Elie Sheetz enjoys with his friends and his customers. He is the sort of man that I could not conceive of being anything but a friend to everybody. 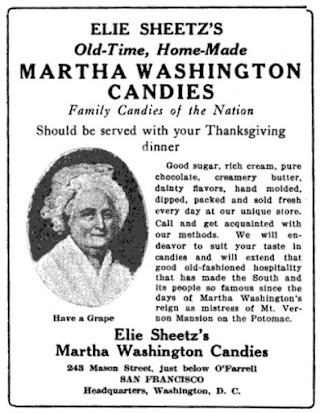 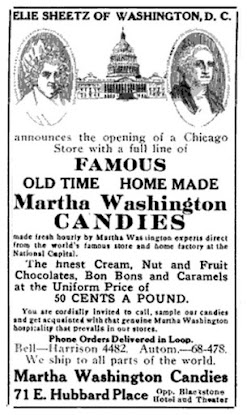 The brand name "Martha Washington Candies" was trademarked in Washington DC on July 23, 1906. 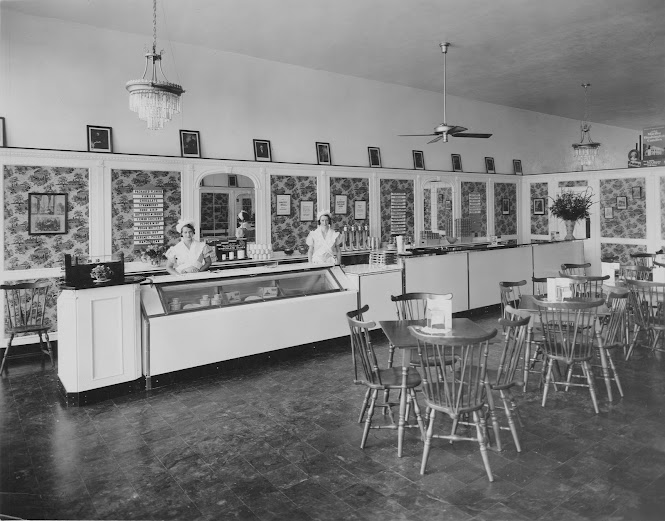 Martha Washington Candies soon began selling ice cream along with their variety of candy confections.
Elie Sheetz and E.M. Hunt sold their interests in the Martha Washington Candies Company on August 13, 1932. Both will retain their interest in the "Elie Sheetz Candies Company" of Maryland which operates in several eastern states. The chain has grown to control 15 factories and 200 retail shops. The Midwest business was founded by Mr. Hunt in 1911.

One of the company's factories, "kitchens and retail store" was located at 3823-29 North Broadway in Chicago. Elie Sheetz, died on November 11, 1932. By the end of 1936, almost all of the 150 nationwide stores were temperature-controlled.

Some of the Chicagoland store locations:

If you know of any other Chicagoland or Illinois locations, please comment below.