My Private Tour of the Lincoln Library Vault in Springfield, Illinois on the 150th Anniversary (May 2, 2015) of President Lincoln's Assassination in 1865.

In March of 2015, when I judged for the Illinois History Day state finals for junior and senior High School student history fair projects and research papers, Pete Harbison, the Student Historian Program Coordinator, invited me to visit the Abraham Lincoln Library and Museum to a private tour of the vault (which I found out later just doesn't happen) celebrating the 150th Anniversary of President Lincoln's Assassination on May 2, 2015, the date the Lincoln Funeral Train arrived in Springfield, Illinois.

When I arrived at the Lincoln Library, Pete and Dr. Samuel Wheeler, the Historian and Director of Research, Collections, and Library Services, were waiting for me. Dr. Wheeler was appointed in 2016 to the position of Illinois State Historian until July of 2020. 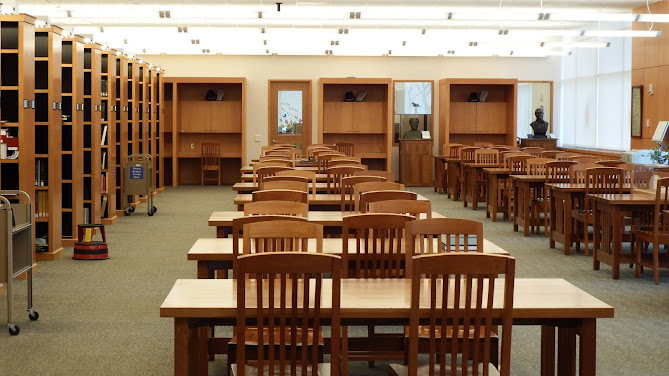 Our first stop was the Library’s research room. Here is where the public may request materials to study. There are not many books on the shelves, so you need to ask the librarian for the material you wish to see. 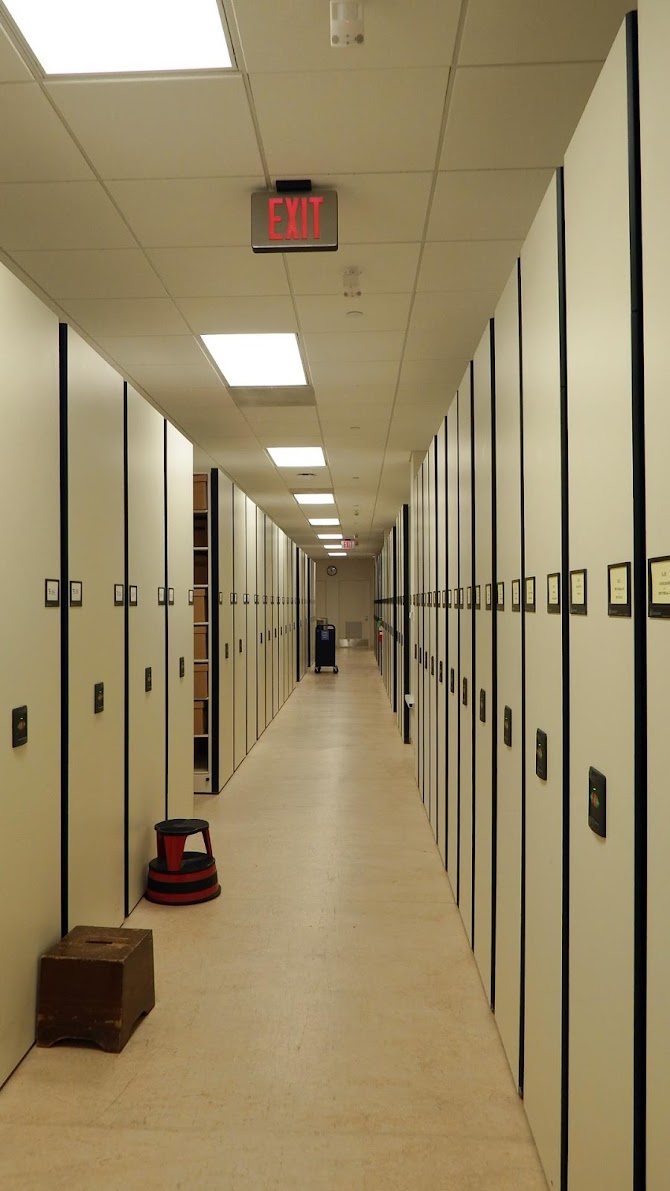 The thousands of Lincoln artifacts that are not displayed in the Museum are stored in the lower level of the Museum/Library. I was taken to a sub-level where there are 6 miles worth of movable, electronic filing shelves. I was told that most of the items stored here were waiting for research on the provenance of items.

The Preservation Department is a critical function of the Library. I was introduced to the staff and allowed to take photos as they were each working on a different project. 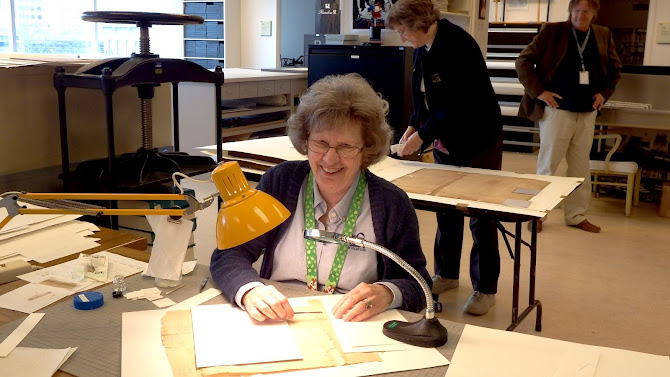 This project was the removal of the scotch tape residue from a Lincoln document from the mid-1850s. 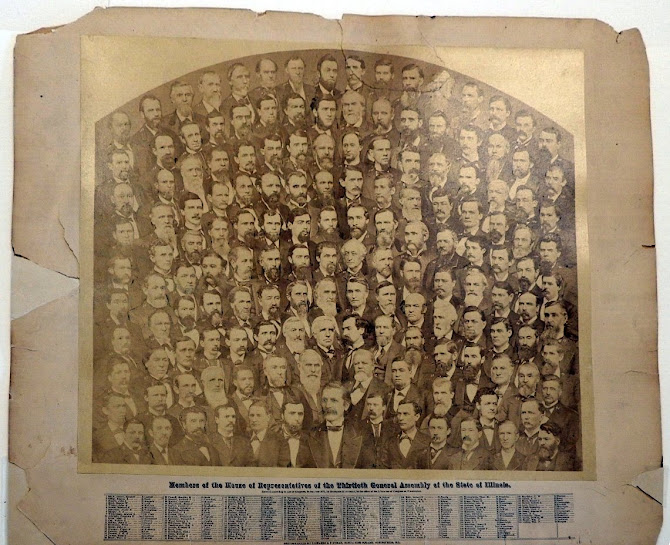 Another person was working on preserving the “Members of the House of Representatives of the thirteenth General Assembly of the State of Illinois” photo montage.

I was escorted into a small private conference room in the basement, where Sam left for a few minutes, then came back pushing a cart with boxes and items on it. The painting and bronze statute below were in the conference room, along with some other historical artifacts that were never displayed to the public or were removed from the Museum for a change of exhibits. 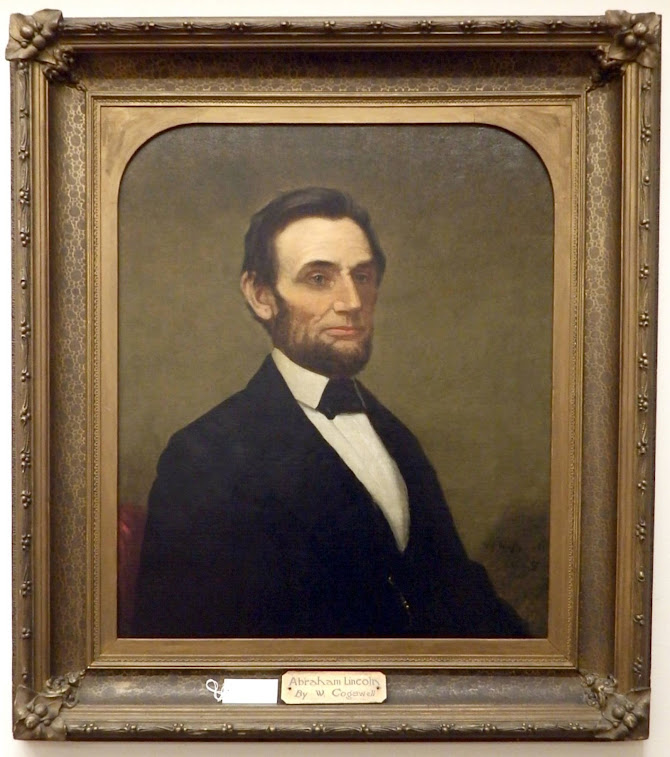 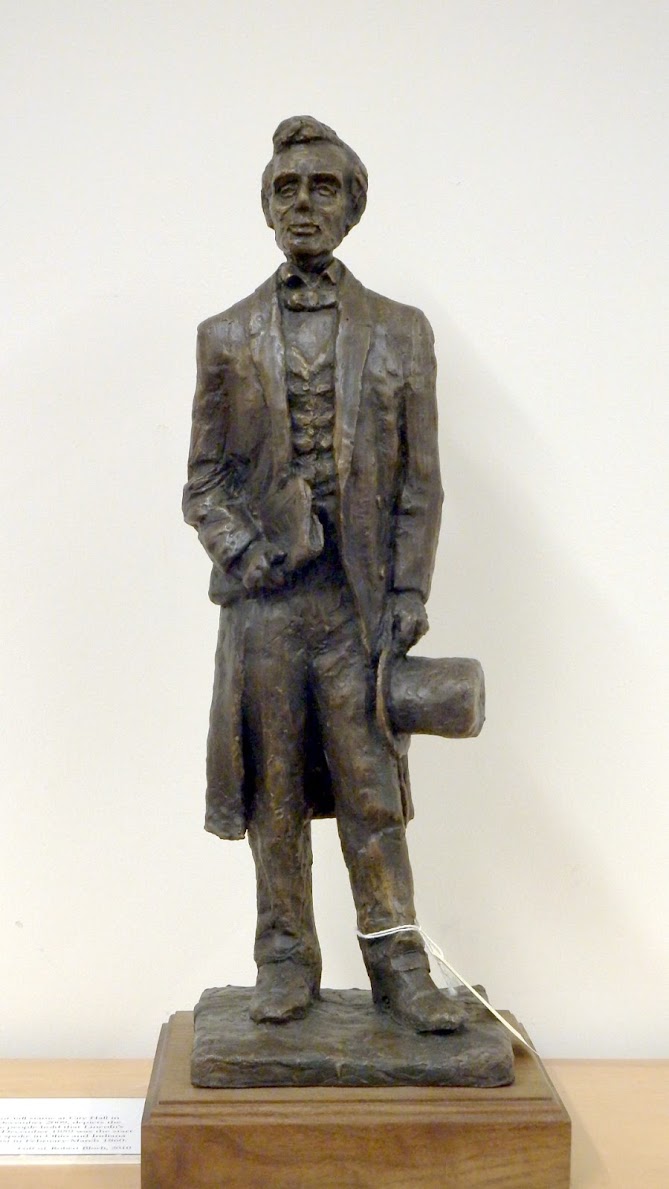 I was privileged to be allowed to photograph some of the items Sam brought out to show me, but not all of them. He told me that these were some of his personal favorite Lincoln items.

The first item is Lincoln’s personal house key. The same house as the “Lincoln Home National Historic Site” at 426 South 7th Street in Springfield, where the Lincolns actually lived. I can just imagine Lincoln using this key every day! 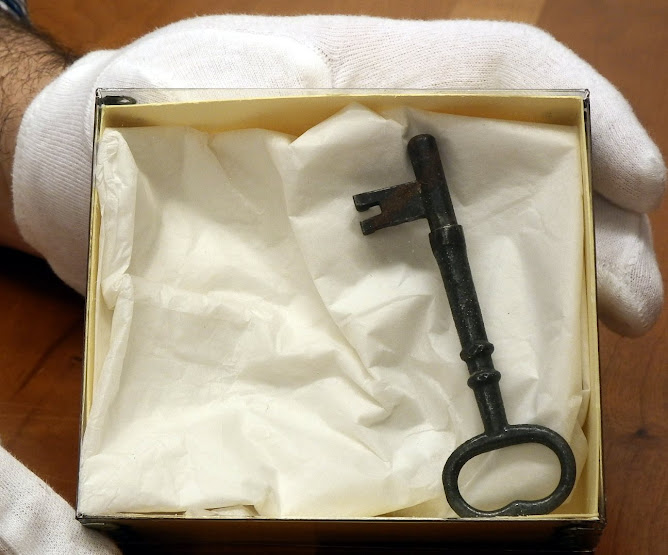 The second item is Lincoln’s personal travel shaving kit which he took with him on his travels. Lincoln was clean-shaven when he began running for president. You see the kit open and the highly polished metal reflective surface (a crude mirror) Abe would look into to shave. 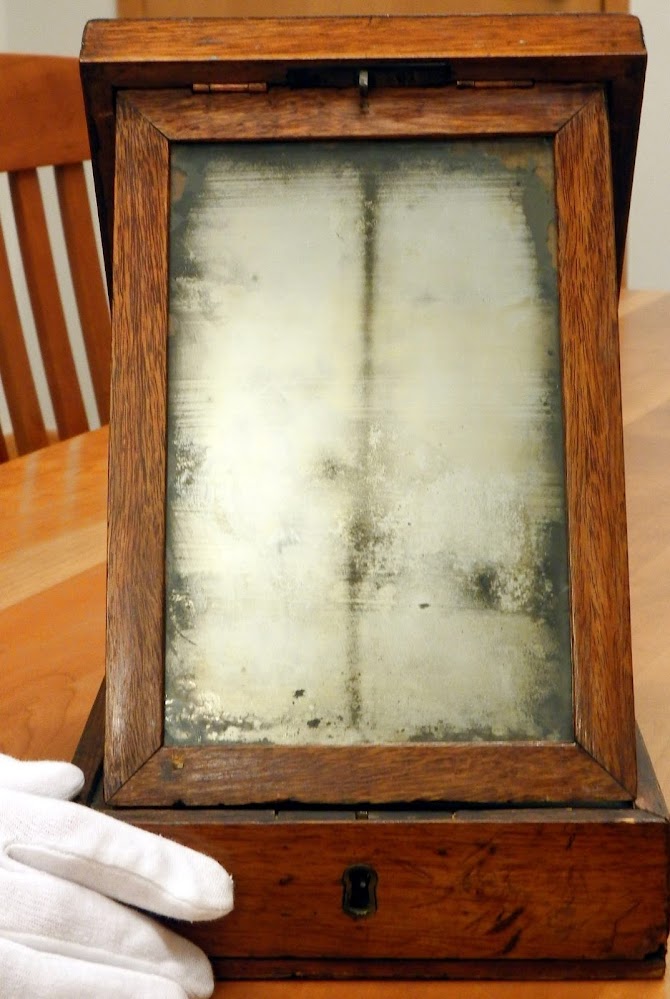 Lincoln grew a beard after receiving a letter from Grace Bedell, an 11-year-old girl from New York, in October 1860, a few weeks before the election. Lincoln responded to Bedell a few days later in a letter. Read the Letters Here.

By growing a beard, Lincoln nearly bankrupted a young entrepreneur named Milton Bradley, who had a booming business selling daguerreotype photographs of the clean-shaven candidate. Bradley destroyed his supply of daguerreotypes and turned to designing board games to make a living. Milton Bradley invented his first board game, on a red-and-ivory checkerboard of sixty-four squares. He called it the Checkered Game of Life in 1860.

I was shown (no photos allowed) a beautiful Tiffany (from New York) heart pendant owned by Mary Todd Lincoln. On one side were perfect diamonds (of course - it's Tiffany, after all) covering the entire heart – on the reverse side was a single flawless heart-cut diamond allowing you to view the spectrum of colors from the reverse side diamonds, making it see-through.

Now comes my favorite item. Again, no pictures were allowed. I saw a handwritten letter from Mary Todd Lincoln the day after Abe died, written on mourning stationery (black-bordered paper) where Mrs. Lincoln gives instructions (i.e., her last will and testament) about what she desired after her death. She thought her sorrow was so massive that she was going to die.

The very first sentence stated that she should be in-state, open casket, for 48 hours. She was terrified of waking up after being pronounced dead after being buried.
sidebar


Doctors some times didn't know if a patient was actually dead as medical technology wasn't very accurate yet. Sometimes, people were buried, by mistake, still alive (evendent by scratch marks or tattered fabric on the cover of the casket). To combat this issue with a backup system, people were buried with one end of a rope tied to their wrist. The other end of the tope was hooked to an above-ground bell. If the person awoke in the casket, they would pull on the rope, ringing the bell, summoning help to dig them up before they suffocated.

Last but not least, I saw 1 of the 3 Lincoln surviving stovepipe hats. Dr. Wheeler told me they were researching the hat to pin down its provenance. He told me it might be an early hat from before Lincoln became President. It is made of beaver fur where the other two surviving hats were made from silk. There were two worn spots on the brim where the fur had worn through. It is where Lincoln's fingers would grab the hat's brim to tip it in greetings.
All in all — a wonderful way to celebrate the 150th anniversary of President Lincoln's assassination.
Update about Dr. Samuel Wheeler's firing and the questioned stovepipe hat.