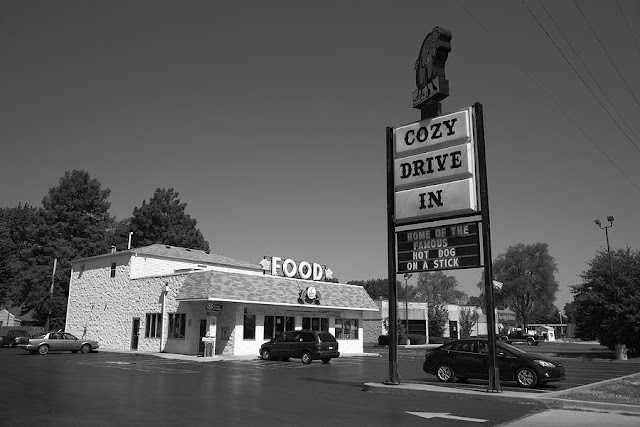 Cozy Dog is the original home of the cornbread battered hot-dog-on-a-stick. The Cozy Dog was invented by Buzz Waldmire - "you'd just better not call it a corndog."
Cozy Dogs was officially launched at the Lake Springfield Beach House on June 16th, 1946. Shortly after, the Cozy Dogs were introduced to the crowds at the Illinois State Fair that same year.

Waldmire's invention of his Cozy Dog and claim-to-fame was, unfortunately, ripped off and was renamed, the "corndog" which was thus marketed all over the U.S. 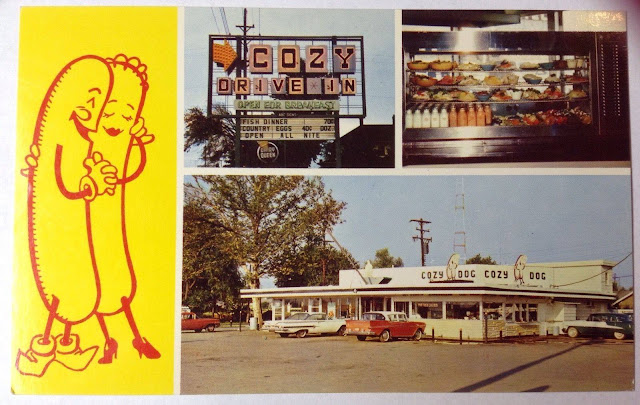 In 1996 Cozy Dog moved to its current location, where Sue (Ed’s daughter-in-law) Josh, Eddie, Tony & Nick (Ed’s grandsons) continue on with the business right next door to the original location. 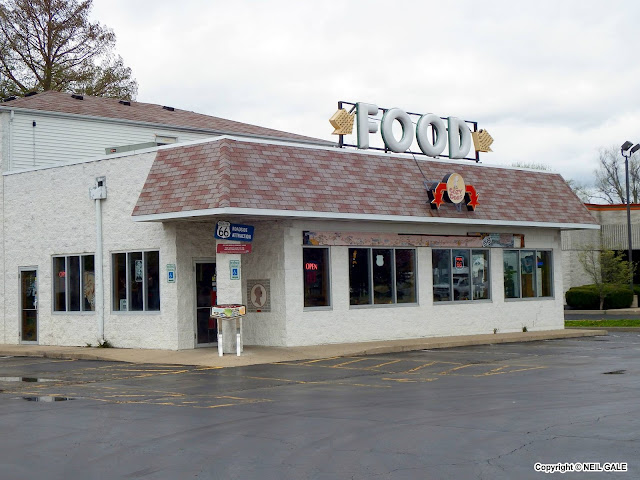 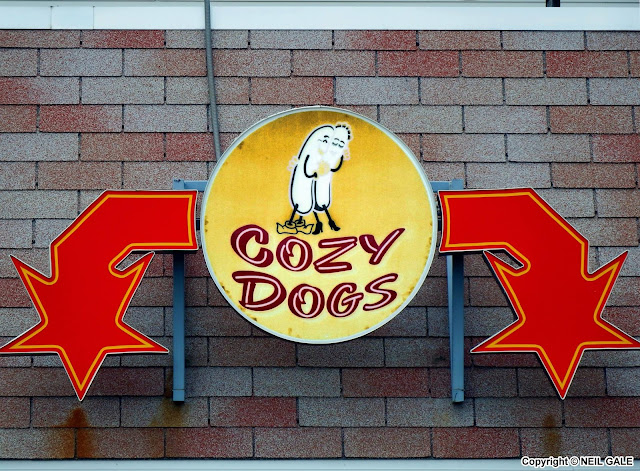 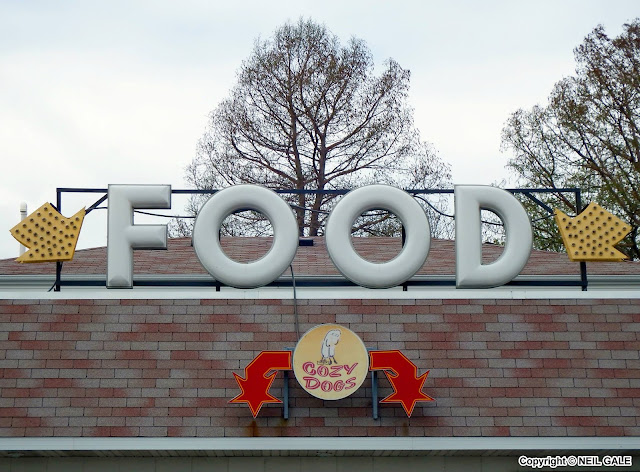 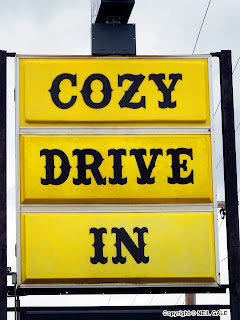 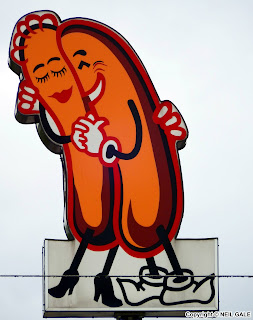 There is artwork, by one of the sons of the late Buzz Waldmire, Bob Waldmire. The famous "Wall Dog" artist, Bob Waldmire, has painted images on the sides of buildings along the entire Route 66. as an artist, he also did postcards, posters, and maps with many images of Route 66.
Sadly, Bob Waldmire passed away from abdominal cancer on December 16, 2009. There is also some Buzz Waldmire memorabilia inside Cozy Dog, such as family photos and his book collection. Cozy Dog features a gift shop selling Route 66 merchandise.

VIDEO
"To the end of Route 66"
by Bob Waldmire