Glen Carbon boasted two railroad depots that served the passenger trains: one off of Old Meridian Road on the Nickel Plate tracks (sometimes called the Clover Leaf) and one off of Collinsville Avenue on the Illinois Central. At its peak, as many as twenty-two passenger trains served the depots. It was very common to travel to St. Louis and come back the same day. 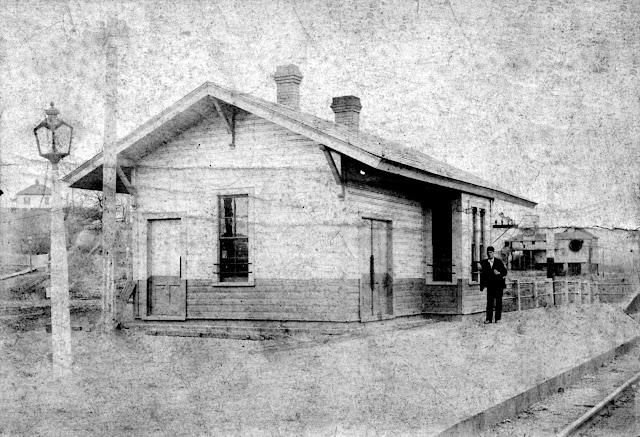 Clover Leaf Train Depot right after it was moved to Glen Carbon, Illinois. The name is not painted on the station yet. Madison Coal Corporation Mine № 1 is in the background. The man in the photo is J. F. Dickman the railroad agent. (Jan. 26, 1900) 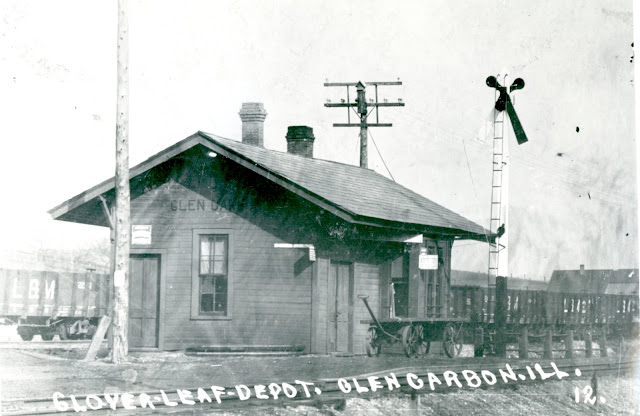 Clover Leaf Train Depot was located east of Meridian Road between the tracks just north of Miner Park. Meridian road is on the far left. The Clover Leaf Railroad later became the Nickel Plate Railroad. J. F. Dickman was still the railroad agent. Coal mine № 1 is at the far right. A brick structure of the mine is now occupied as a residence. 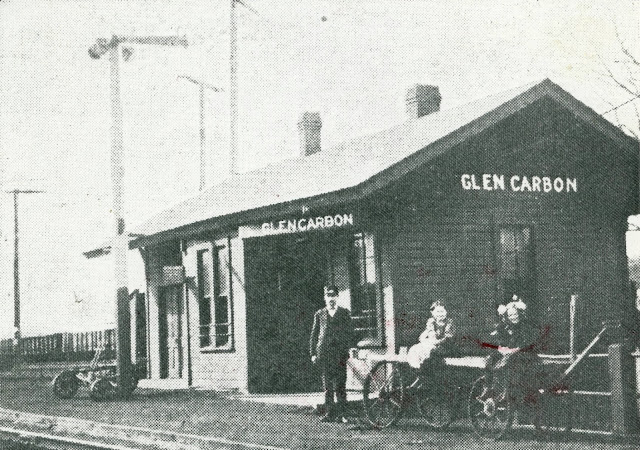 ILLINOIS CENTRAL DEPOT, GLEN CARBON, ILLINOIS
In October 1893, John Tolocker bought the first ticket sold from Glen Carbon to St. Louis at the handsome new Illinois Central Depot at Collinsville Street. The Illinois Central (IC) was the last of the three railroads directly serving old Glen Carbon to be developed, and for most of its history was owned an operated by the IC. It was always operated as a standard gauge line, and was also the only one of the three "steam" railroads to build outward from Glen Carbon, rather than into Glen Carbon from another point. IC's predecessor, the St. Louis & Eastern, built east toward Marine from Glen Carbon in 1889.

There was a particularly close relationship between the IC and the Madison Coal Corporation, which had two mines on the IC. The railroad company had sidings for each mine near the mine tipple, where coal could be loaded directly into open-top cars.


As important and interesting as passenger service was for Glen Carbon and every other community, it was always freight that was almost any railroad's bread and butter. The several mines which gave Glen Carbon its origins were also the most important source of revenue for local railroads.

Passenger traffic was heavy at the Illinois Central Deport on Collinsville Avenue in the early 1900s. It was very common to travel to St. Louis and back in the same day for shopping or entertainment. 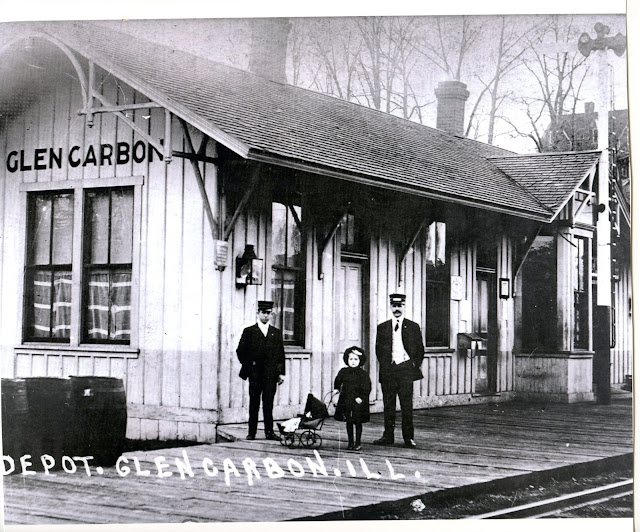