Long ago, the property at the very north end of what is now the Golf Mill Shopping Center in Niles, Illinois (Incorporated 1899), was land owned by farmers John and Anna Schwinge (pronounced 'swing'). He owned 80 acres bounded by today's Greenwood Avenue on the west, Golf Road on the north, the Bruhn farm on the south (approximately where Emerson Street is now), and crossed over Milwaukee Avenue. 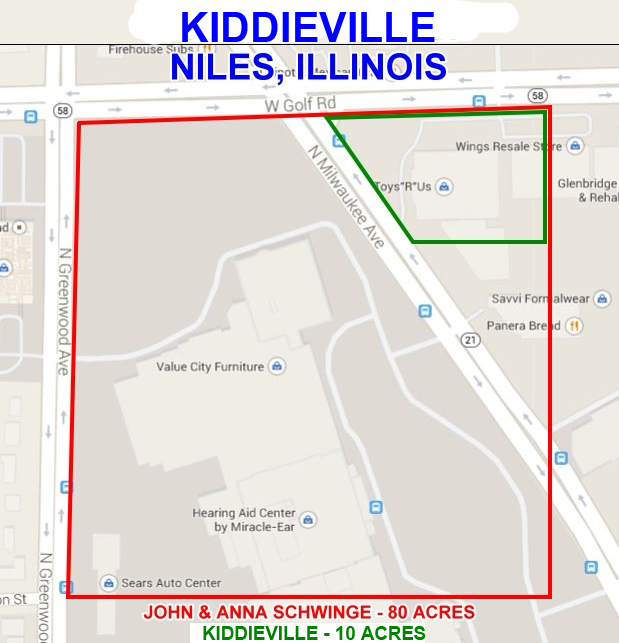 Sometime around 1935, Anna Schwinge was approached by a carpenter from the northwest side of Chicago named Herbert Fritz (a relative of Art Fritz, the founder of Kiddieland in Melrose Park, Illinois in 1929). Herbert Fritz purchased a miniature train in Chicago. Unfortunately, he didn’t have room for it in the city, so Herbert offered to purchase 10 acres from the Schwinge's, but settled for a lease.
On the northeast corner of Schwinge's property was the perfect location for a miniature train. Milwaukee Avenue was the only paved road in 1936. By the following summer, Schwinge's “East Maine Miniature Train” sold rides for 3¢ to the area families and travelers from the city.
There was a story about Herbert Fritz attending the Bruhn-Pries wedding in the late 30s and took the entire wedding party on a midnight train ride. The train track was a huge oval running north and south along the east side of Milwaukee Avenue up to Golf Road at the north end of the property. 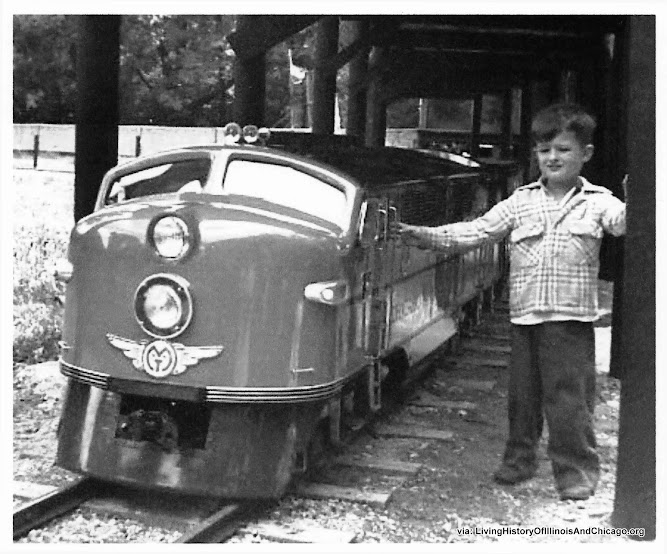 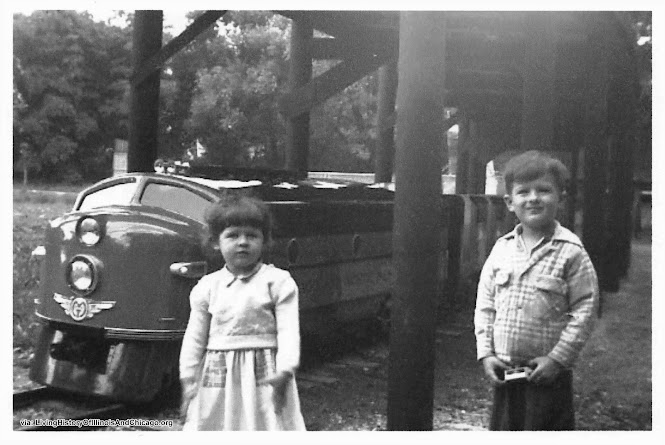 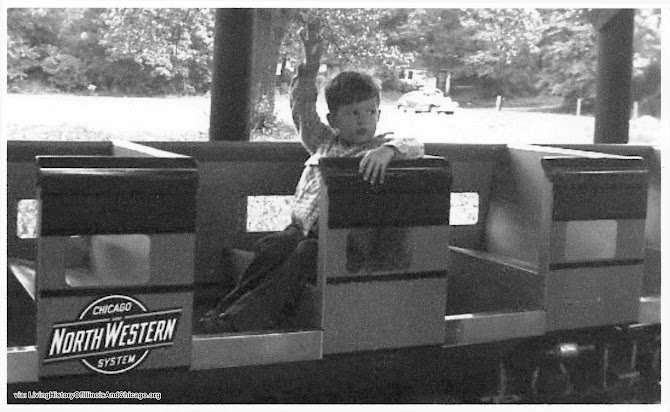 Over the next few years, Herbert Fritz and his wife, Laura, bought and built new rides, including pony rides. Three years later, they changed the park's name from “East Maine Miniature Train” to “East Maine Miniature Rides.” Their son, Herbert "Herby" Fritz Jr., joined the armed forces in 1942, and after his tour of duty ended in 1946, he joined his family's amusement business.
The business began to flourish as soldiers returned home from WWII and started families. Schwinge added a merry-go-round, a boat ride, a Ferris wheel, a small car ride, a tilt-a-whirl ride, airplane ride, fire truck ride, rocket ride, and finally added the miniature roller coaster.
The Schwinge's changed the name of their park to “Kiddieville.” 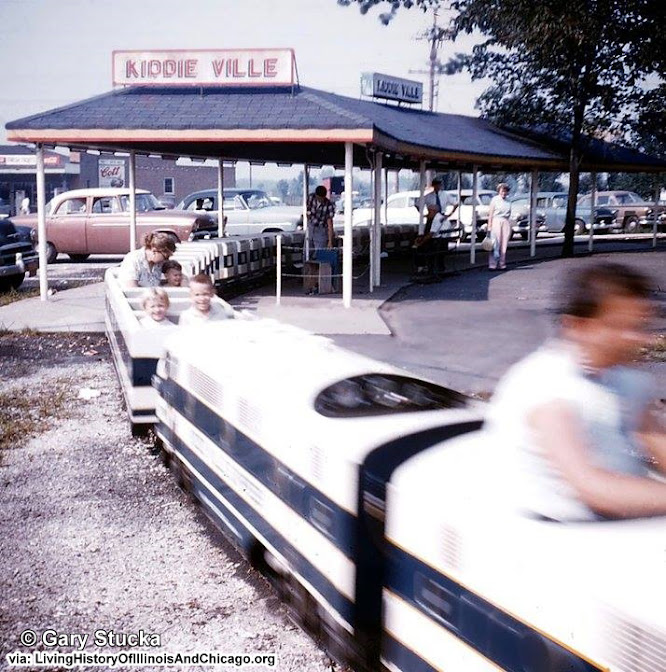 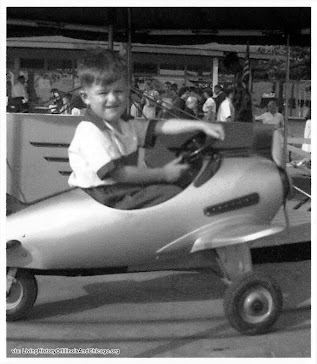 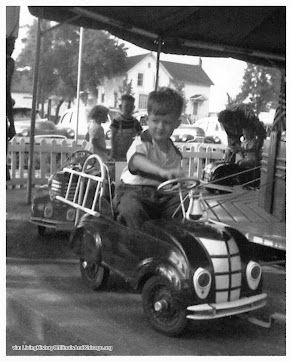 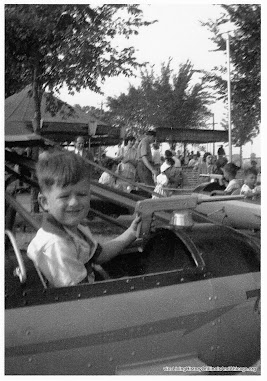 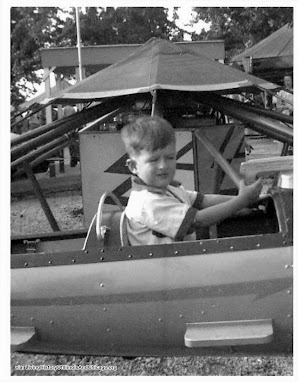 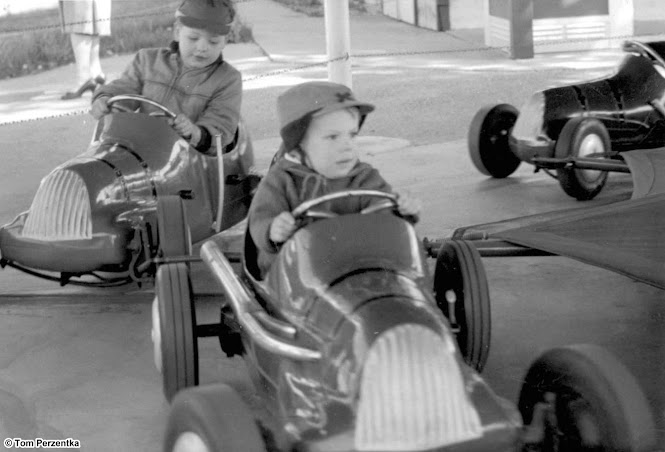 Many of the locals, kids, and adults, were employed at Kiddieville. The miniature railroad was expanded with more train cars and a longer track, which then encompassed the entire ten-acre park perimeter. 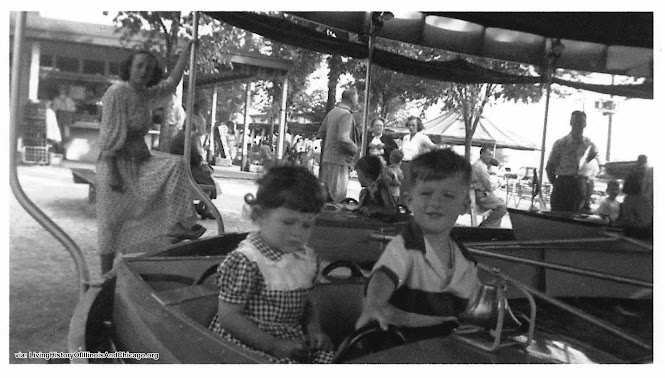 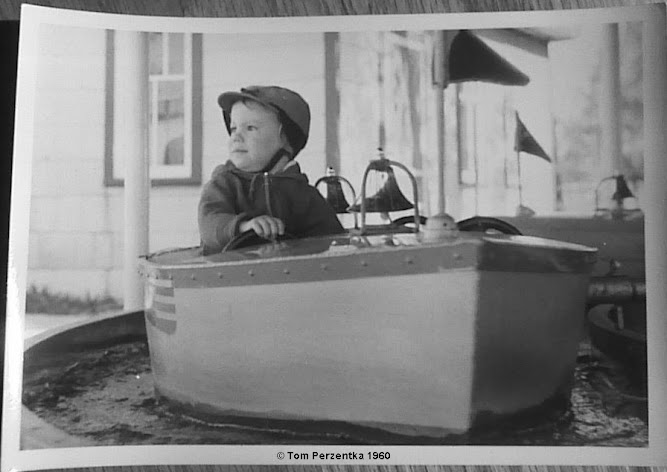 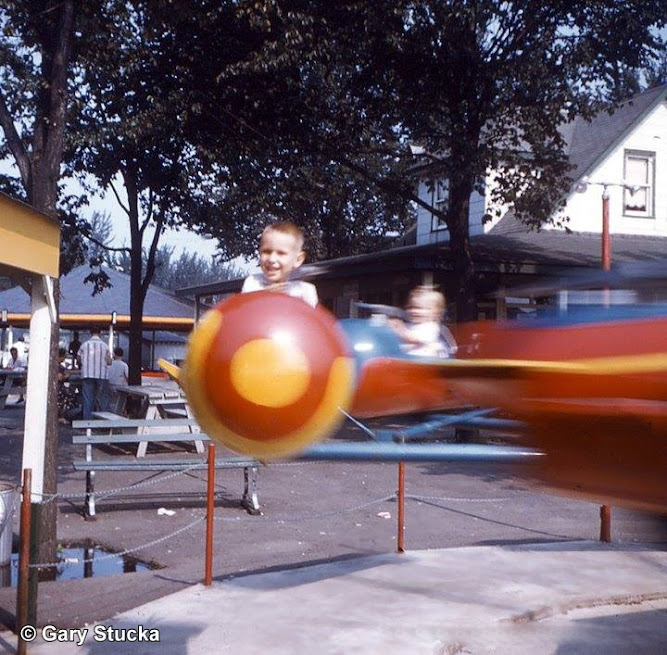 There were plenty of jobs to be had, from selling tickets, walking the ponies, operating a ride, or working in the concession stand. Unfortunately, some rides were rickety and unsafe, and the park was sued a few times by riders claiming injuries.

The park was sold in 1966. It became Finks Links” a miniature golf course, and the location of the “Children’s Bargain Town, U.S.A.” toy store. In 1971, Toys "R" Us merged with the chain and continued using the "Children's Bargain Town" as their slogan until the early 1980s. Today, the location is a Patel Brothers grocery store.