Wayne County Illinois Courthouses located in the city of Fairfield, the county seat since the founding of the county in 1819.

The first courthouse was built in 1821. It was a log building, 18 feet square, with planked floors. It is believed that the county jail was a separate building.

The second courthouse was a large two-story brick building, square in shape, with Federal-style doorways and a central cupola on the roof. It was built in 1836 to replace the previous log structure. This was the courthouse that Abraham Lincoln visited and, on at least one occasion, plead a legal case. 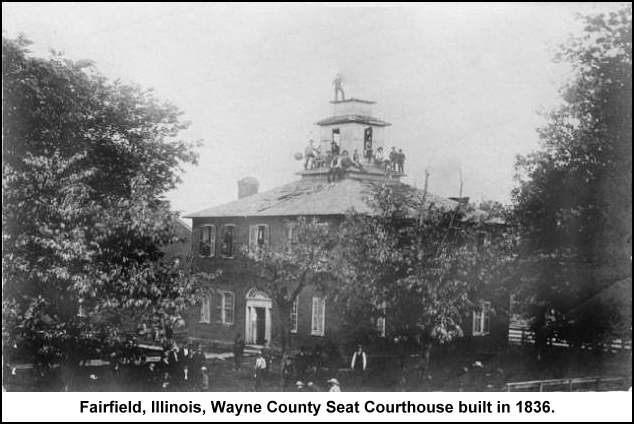 On the evening of November 17, 1886 a Fairfield resident decided he would like a new courthouse and thus set fire to the courthouse building assuring a new building would be built. Besides destroying all of the legal documents and records of Wayne County in storage at in the building, the residence of the county had their taxes raised to pay for the new construction. 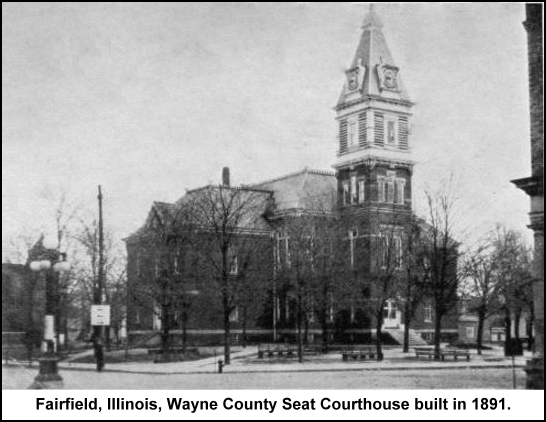