Emil J. Brach, 22, took a job at Bunte Brothers & Spoehr candy manufacturers in 1881.
In 1904, Brach invested his life savings, $1,000, in a storefront candy store and kitchen. He named it "Brach's Palace of Sweets," located at the corner of North Avenue and Halsted Street in Chicago, Illinois. With his sons Frank and Edwin, he started with one kettle.
By investing in additional equipment, he could lower his production costs and sell his candy for 20¢ per pound, well below the typical 50¢ per pound his competitors were charging. By 1911 his production had reached 50,000 pounds per week.
Brach's was incorporated in 1916 as E.J.Brach & Sons.

By 1923, Brach had 4 factories operating at capacity. Brach then invested $5 million (Today $69 million in a new factory, beginning construction in 1921. It was built at 4656 West Kinzie Street and consolidated production into one building.
At the time, they produced 127 different varieties of candy with a capacity of 2.25 million pounds per week. Over the years, this new plant was expanded, and investments in new processes and equipment were made, including its own chocolate grinding plant and a large panning operation.
The only incinerator in Illinois had been quietly at work, devouring 20 percent of the garbage collected by city crews and producing high-pressure steam sold to the nearby E.J. Brach's candy factory. The steam was sold to the Brach factory for about $1 million a year, or almost half the cost that Brach would face if the factory made its own steam. The company uses steam to heat its candy kettles.
The expanded complex provided about 600,000 square feet of floor space to consolidate the company's 127 different kinds of candy production. It had "seven acres of smooth concrete floors, solid concrete construction – with steel and glass; walls 50 percent glass – it is, in reality, a 'sunlight' factory; equipped with a large Steam Plant – a Refrigerating Plant – and an electric transforming station; private railroad sidings with a capacity of two train cars; equipped with the latest and most efficient labor-saving machinery of American or European make."

“When my sons and I opened a little candy store forty years ago, we hoped folks would like our candy. But we never dreamed they’d like Brach candies so well we’d outgrow our little ‘Palace of Sweets’ in just a few brief years. We didn’t dream that soon the Brach candy-kitchens would be among the finest in the world. However, over the years we’ve stuck to this aim—to make the best in candy and sell it at reasonable prices. And we’re proud that every year more people are asking for Brach candies.” —Emil J. Brach, founder and president of E. J. Brach & Sons, 1944.

In 1948, after an electrical spark ignited corn starch, a massive explosion on the plant's third floor killed 11 employees and injured 18. Much of the factory's north side was destroyed. Reconstruction brought the plant's capacity up to more than 4 million pounds of product per year and employed 2,400 workers in 2,200,000 square feet.

It was recognized as the largest candy-manufacturing plant in the world at the time. At its peak, 4,500 employees worked there. The plant was eventually abandoned in 2003 when new owners took over operations, and production was moved primarily to Mexico. An administrative building was blown up for a special effects scene in The Dark Knight Batman movie in August 2007. The rest of the complex is in ruins awaiting its eventual demolition.

Before World War II, Brach's produced several candy bars, including a chocolate-covered, honeycombed, peanut butter Swing Bar and a mint and almond nougat bar. After the war, Brach's concentrated on bulk and bagged candies. It was in the period after the war that Halloween Trick or Treating became a popular activity. Brach's promoted its candy corn and other fall-themed candies, available in single-serve, pre-packaged packets.

In 1958 Brach's introduced the Pick-A-Mix concept. Customers could choose from a wide selection of products, scooping items and paying one price per pound. This was adapted from the barrels seen in general stores at the time. This concept brought the dying experience of buying candy at the local corner store into the new merchants, the supermarkets.

In 1966, American Home Products Corporation purchased the company. In 1986, the last year of ownership by American Home Products, it accounted for two-thirds of the U.S. market for bagged candy and 7% of the $9 billion U.S. candy market. It employed 3,700 and had an estimated pretax profit of more than $75 million on sales of $640 million.

In 1987 Jacobs Suchard Limited, a Swiss chocolate and coffee conglomerate purchased the company for $730 million; by the end of 1989, it was in serious trouble. That year, losses were an estimated $50 million, and sales had decreased to $470 million. By 1993, sales had dropped to $400 million, though losses were reduced somewhat to $26 million. All this occurred when overall per capita candy consumption in the U.S. had increased by 25%. By May 1994, after 7 years of Suchard ownership, Brach's had had 9 different CEOs, moved its headquarters from the plant property to a penthouse office in one of Chicago's wealthiest suburbs, saw a loss of nearly 900 jobs (42% of the workforce), and suffered a loss of key customers and market share.

Klaus Jacobs almost immediately fired Brach's top officers and gutted the leadership of its sales, marketing, production, and finance departments. Some of these positions were filled with executives from Suchard's European operations and people with little experience in the candy industry (see: Favorite Brands above). Former executives cited Jacobs Suchard's autocratic management style and inability to recognize the difference between American and European candy consumption habits. The company's name was changed to Jacobs Suchard Inc., a name few retailers or consumers recognized, and product lines were trimmed from 1,700 to 400 to cut costs. This alienated many of its largest customers, including Walgreens and Walmart, who found other sources, including Farley Candy. In addition to the cuts in product selection, Brach's also chose to curtail holiday promotional activities. 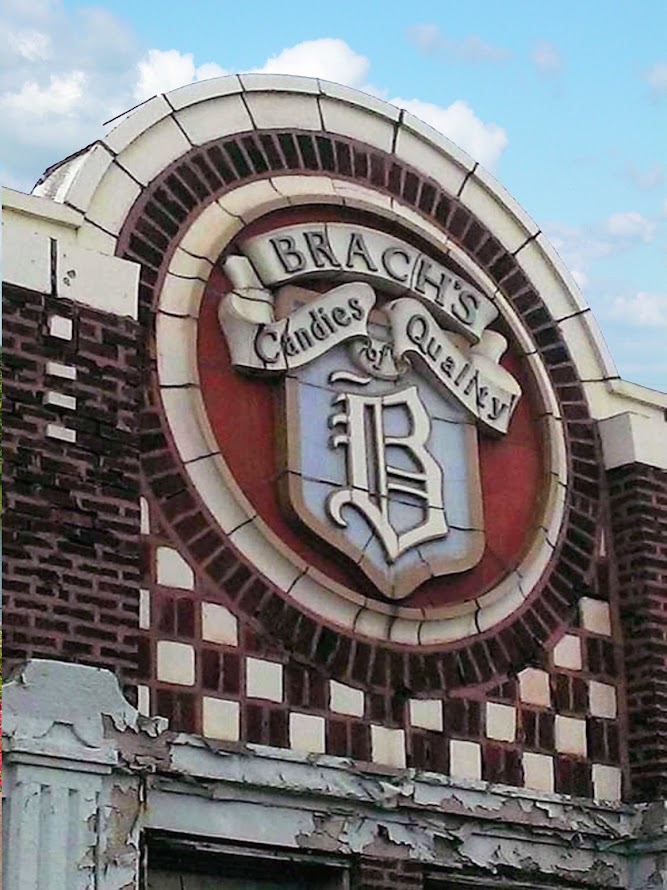 In 1990, Phillip Morris purchased Jacobs Suchard for $3.8 billion, except for its U.S. subsidiary, E. J. Brach Corp. A holding company named Van Houten & Zoon Holding AG was formed by Klaus Jacobs to run Brach and other businesses. Disagreements with Klaus Jacobs on marketing and management strategies continued, particularly over commodity vs. branded (Brach's) products. In 1993 alone, Brach's saw 3 different CEOs and continued to experience a high rate of turnover and dismissals within the sales and marketing departments. Many of Brach's sales personnel left to work for its competitors.

In September 1994, E.J. Brach purchased the Brock Candy Company of Chattanooga for $140 million, a year in which Brock Candy had sales of $112 million and profits of $6.5 million. This was the second attempt by the two companies to join, and the first time had been while E.J. Brach was under American Home Products ownership. The merger attempt at that time was canceled due to concerns of an antitrust suit.

For a time, the new company operated as the Brach and Brock Candy Company, and this was later changed to Brach's Confections.

In 2003, Barry Callebaut AG purchased the new company. The principal owner of Brach's, KJ Jacobs AG, was also a majority stakeholder in Barry Callebaut. As part of the deal, Barry Callebaut agreed to assume $16 million in debt, fund restructuring efforts for 5 years and pay a symbolic $1 (one dollar) for the company.