The story of the Chicago Claim Company goes back to 1973. 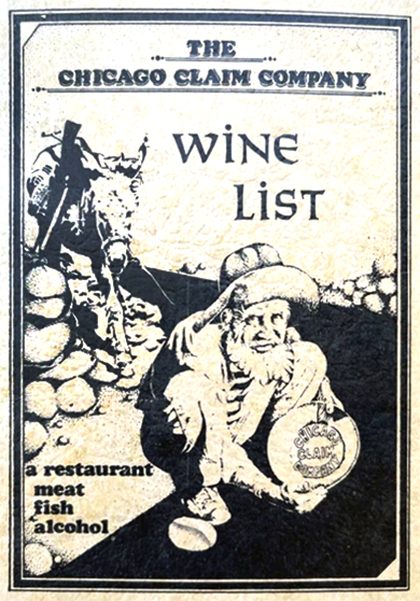 Created by Jim Errant at Clark and Belden on Chicago's Northside, the restaurant became an instant hit, known throughout the area for two new restaurant concepts: the build-your-own gourmet burger and the Salad Saloon. The decor followed a southwestern theme, perfect for a restaurant where the burger came to be called the "Motherload."

In 1979, the Claim Company put down stakes in the suburbs, opening in the relatively new Northbrook Court shopping center in Northbrook, Illinois. Designer Spiro Zakas created a futuristic version of the Chicago restaurant's southwestern concept. While the Northbrook location was much larger than the Chicago restaurant, the new site was still not large enough for the crowds. 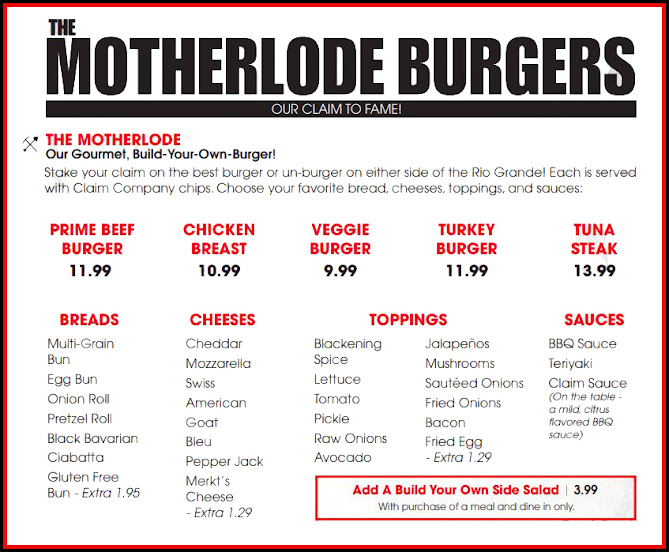 Loyal customers mourned its loss as did the former owner. In the autumn of 2009, they opened a new version, named "The Claim Company," dropping Chicago from the name, in Northbrook Court. In designing the new restaurant's look they drew inspiration from the restaurant's previous three locations. In a way, stepping through the doors should feel like a homecoming. The Claim Company is open in Vernon Hills, Illinois, too.
INDEX TO MY ILLINOIS AND CHICAGO FOOD & RESTAURANT ARTICLES.
Compiled by Dr. Neil Gale, Ph.D.
Presented by Dr. Neil Gale, Ph.D. at 11:57 AM