No face in American history is more recognizable than Abraham Lincoln. His profile appears on the penny, and an engraved portrait appears on the $5 bill. His image was included among the four presidents carved on the cliff face of Mount Rushmore.
Abraham Lincoln’s physical appearance changed dramatically during his tenure as President of the United States, from March 4, 1861 to April 14, 1865. The magnitude of his apparent aging is often demonstrated by showing a photograph from the start of his first term compared to one taken a few months before his death.


NOTE: Abraham Lincoln had malaria at least twice. The first time was in 1830 (21 years old), along with the rest of his family. They had just arrived in Illinois that year. The second episode was in the summer of 1835 (26 years old), while living in New Salem, Illinois. Lincoln was then so ill, he was sent to a neighbor's house to be medicated and cared for. Malaria, during that time period, would often rear its ugly head throughout ones lifetime.

These photographs reveal how increasingly careworn he became over the years, especially during the Civil War (April 12, 1861 - April 9, 1865), where he struggled to restore the Union.
But a simple comparison of those two extreme photographs does not show the evolution of the change nor the stressful events that induced the striking transformation. In particular, note the significant change in the brief interval from November 1863 to February 1864, a part of which may have resulted from Lincoln's smallpox infection during that period. 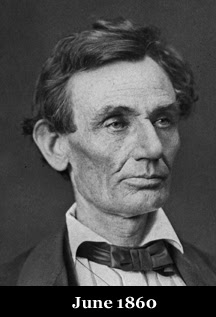 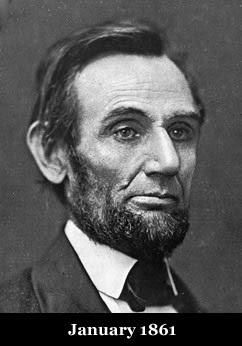 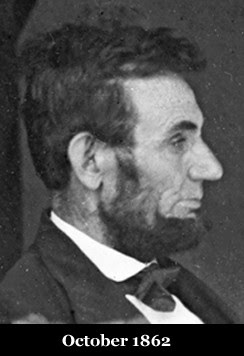 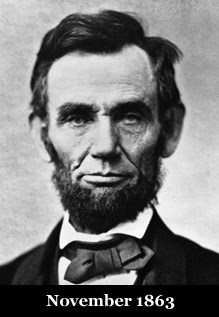 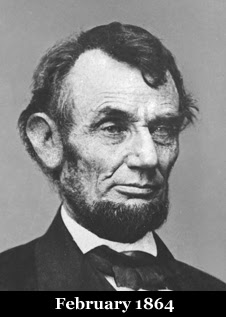 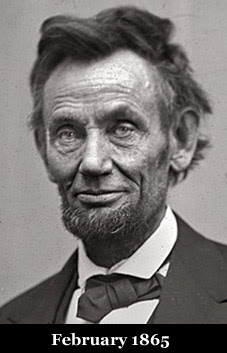