We chatted for just under an hour. He gave me a Lincoln Land Amusement Park Token. Jim and his other siblings worked at the park over the years. "Open rain or shine."

The amusement park was open seven days a week between May 23rd and September 1st and on Fridays, Saturdays, and Sundays for the rest of the year. The park was billed as the "World's largest indoor amusement park," with 100,000 square feet of entertainment.

"A land of thrills. A land of excitement. Lincoln Land
offers entertainment the whole family will enjoy." 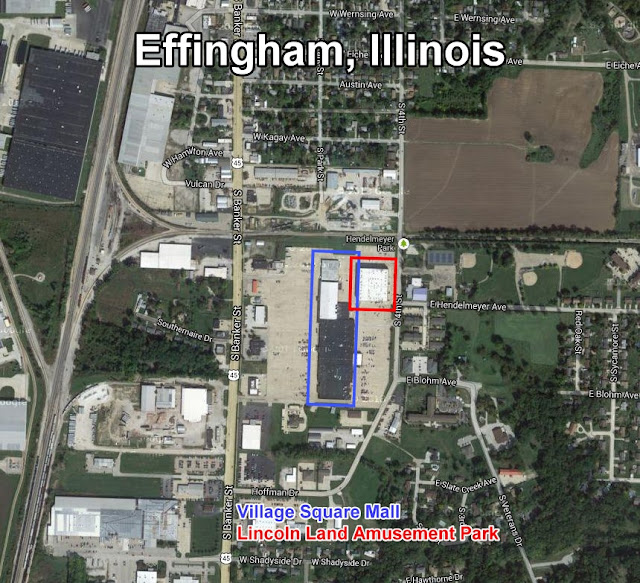 Eugene “Gene” Mayhood, a man with a lot of “get up and go” is the genius behind the building of the Lincoln Land Amusement Park in Effingham, Illinois.  Mayhood bought 30 acres of land in 1971. The only building on the land had previously been used as a livestock sale barn. Using that structure as a base, G. C. Murphey Co. and Eisner’s were the first two stores to open for business in 1972.

The opening of 26 other stores led Mayhood to purchase an additional 50 acres. J.C.Penney and 14 other stores opened at the mall in 1977. During the mall’s peak years, Mayhood also operated an indoor amusement park at the Lincoln Land Building, which is now an office/retail center. Mayhood sold the mall to New York-based Elart Corporation in 1988.

The completely enclosed and air-conditioned Lincoln Land amusement park offered free parking and admission. It housed a huge, full-size Ferris wheel that nearly touched the ceiling, a large carousel, the scrambler, tilt-a-whirl, the casino ride, the hurricane, bumper cars, Astro-liner, and a moonwalk, along with many other carnival-type rides.

A section had over 80 arcade games and midway games of chance with prizes awarded; clown racers, hoopla toss, basketball, milk can softball, shoot-out-the-star, loads of skee-ball machines and a grand photo center. 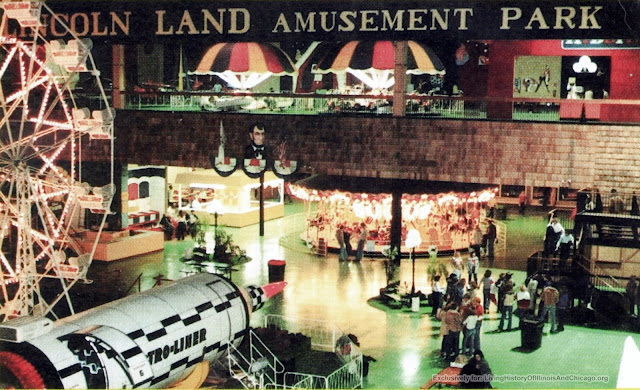 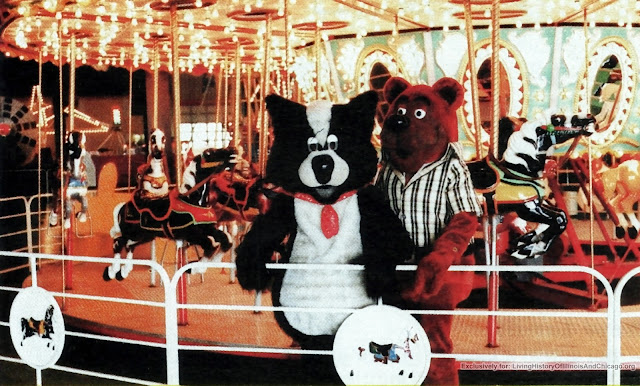 There were 4 Food and Refreshment Areas and a special area for picnics. The park also had an auditorium that would seat 1,000 people that presented family shows and live entertainment. 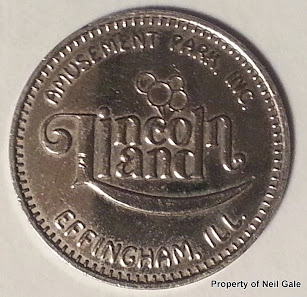 There was a large stairway in the middle of the park. On the 2nd floor were the Skate Land roller rink with a huge skating floor, the Country Club Miniature Golf Course with 18 holes, and a game arcade.

Toddlers and young children could enjoy themselves in their own Kiddie Land, which was a specially created playland giving kids the amusement park excitement they wanted, and the safety parents demanded.

In the early 1980s, the building had 15 major rides. Lincoln Land is the main reason why there are thousands of parking spaces at Village Square Mall today, as the lot was packed nightly back in the 1970s and '80s.