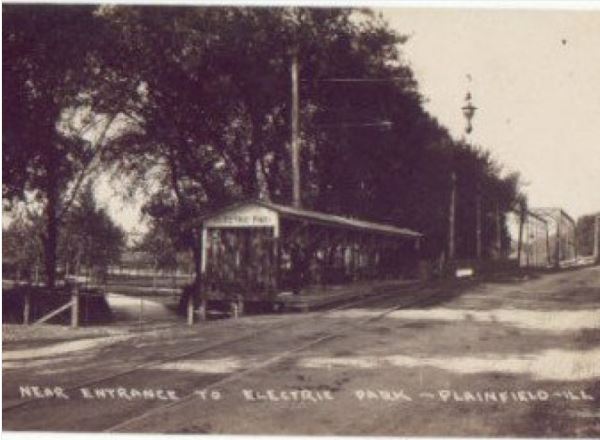 Lavish gardens flanking the banks of the DuPage River, as well as athletic grounds, a bandstand, a dance pavilion, a 5,000-seat auditorium featuring a large pipe organ, restaurants, a waterslide, bowling alley and passenger paddle boats. 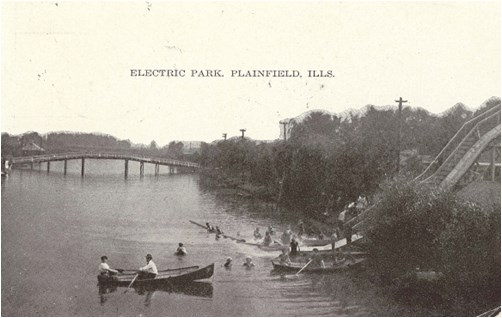 The resort attracted vacationers who relaxed in cabins featuring electric, gas, and water service. But the railroad succumbed to financial difficulties in 1923, a victim of the automobile, and Electric Park ultimately closed in 1932. 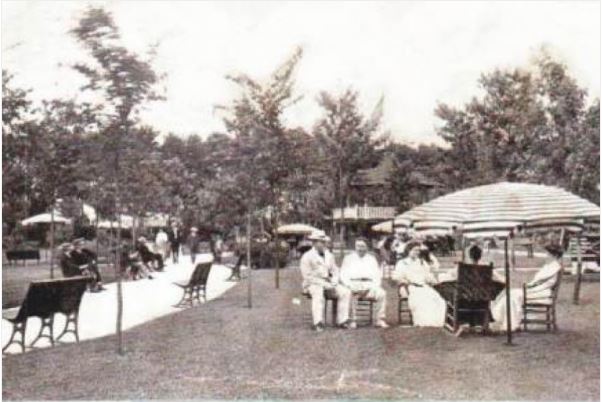 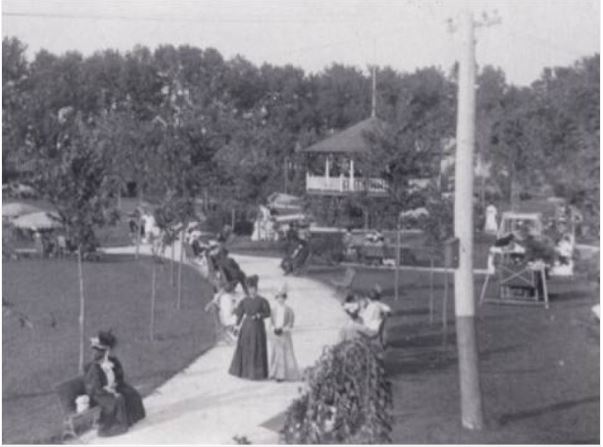