Linda Giese has known for years her old house held a secret, but she had no idea she was holding onto a true treasure. Giese is the proud owner of an original early 1800s log house, right here in West Salem. 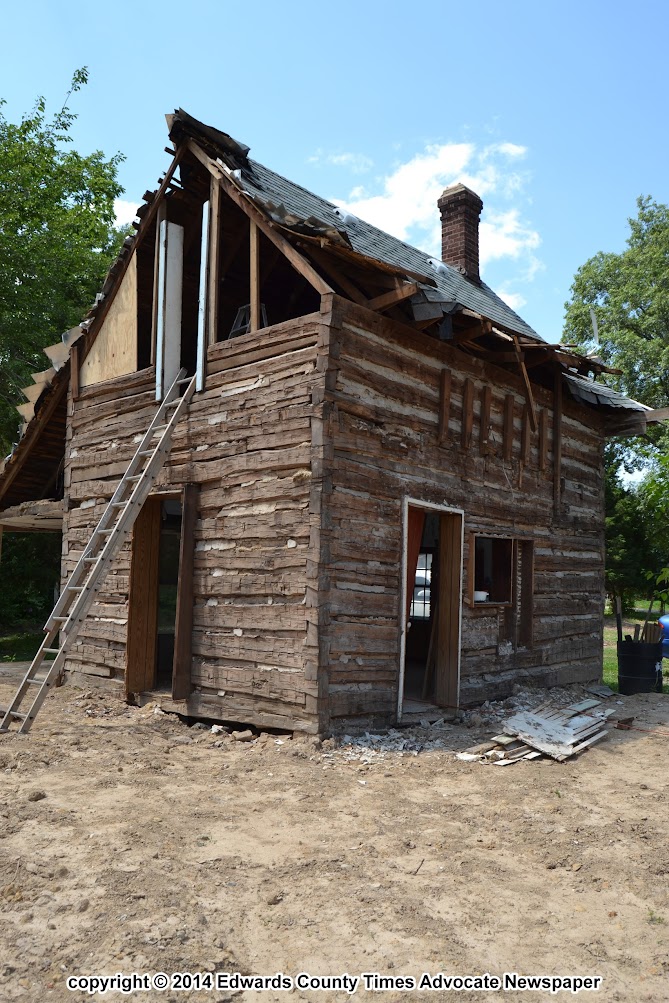 The old frame house on North West Street was Giese’s home for over 25 years, but about ten years ago she moved into a new modular. “Earthquake damage and termites had really taken their toll, and I just couldn’t afford to repair the foundation,” said Giese. Every day, Giese looked out her front door and saw the house she had raised her children in, but that all changed recently. Now she has a much different view.

With the old house beyond repair, demolition was scheduled and S&S Excavating was contracted to do the work. “When I told him there was a log cabin inside the old house, he didn’t think he could save it. But once he got started, he got excited and told me he thought he could do it after all,” said Giese.

She had high praise for the company as they managed to demolish the old frame house without damaging the 14’ x 18’ log cabin. 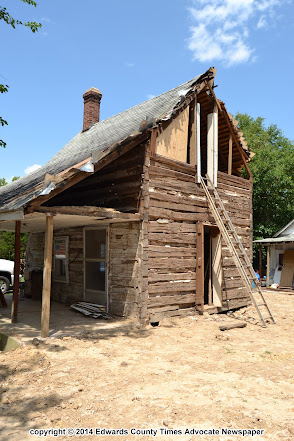 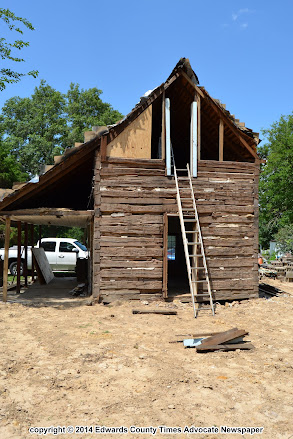 The log cabin served as the home’s dining room, and its discovery was made years ago during a small home improvement project. “I wanted a little window (pass-through) cut in the wall between the kitchen and the dining room. My husband had to use a chain saw to do it because he ran into logs. That’s when we realized part of the house was a log cabin.” 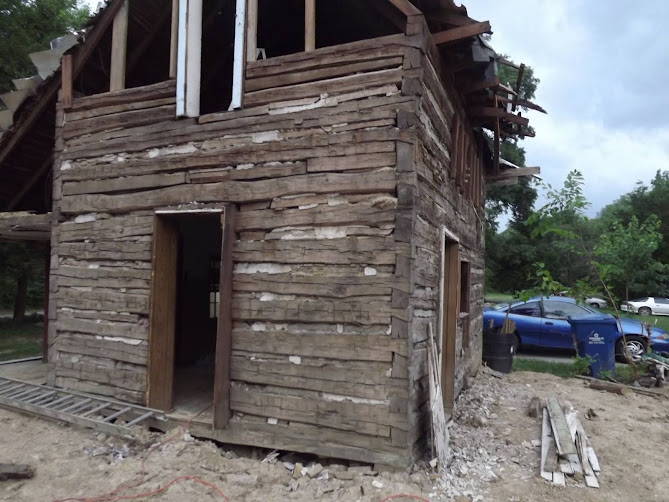 While the earliest date showing up in the property’s abstract is 1843, it’s difficult to determine the actual age of the cabin. Deeds and abstract work only deal with the actual property, not dwellings.

The first property owner listed is Philip Clodfelter. He officially laid claim to the land and was granted a land patent (another name for a first-title deed) by the United States of America in 1843. The last names of other property owners through the years are familiar to many: Herman, Matthes, Busefink, Campbell, Nix, Drysdale, Hayes, Fore, Aidt, and Greathouse.

Giese is hopeful someone will be able to provide a more accurate time period for the cabin based on how it was built. 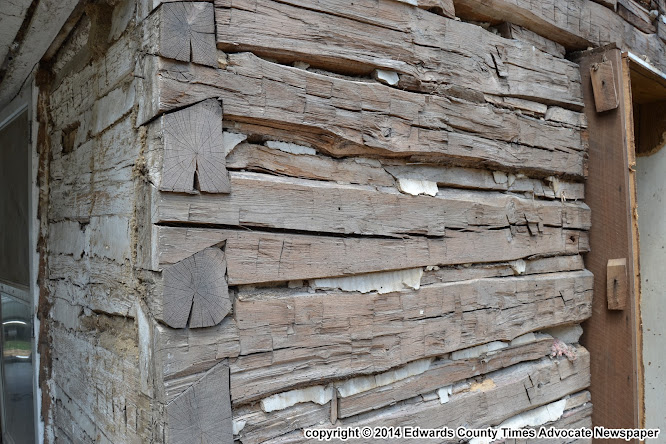 Giese’s parents, Gustav and Lavina Hausler purchased the house in 1975 and sold it to Giese three years later. “They owned the No Name Restaurant on the Square, and it was just easier for them to live up there. I really wish my parents were here to see this. They had no idea about the cabin, and my mom loved living here.”

Giese said she plans to preserve the cabin, with the help of her grandson Tony Chapman. “Tony’s going to repair the roof and fill in the end. Some day I would like to put an old wood stove back in it, and furnish it the way it would have been.”

Giese said there has been a lot of interest in the cabin in the last few weeks with people driving by, taking pictures, and asking questions. She’s excited to be able to share her treasure with people. She added, “It was a good house to raise my kids in.”