Municipal Pier (now Navy Pier) During the Pier's Opening in July of 1916.

A crowd swarms around and on an excursion steamer at Municipal Pier (now Navy Pier) during the pier's opening in July of 1916. 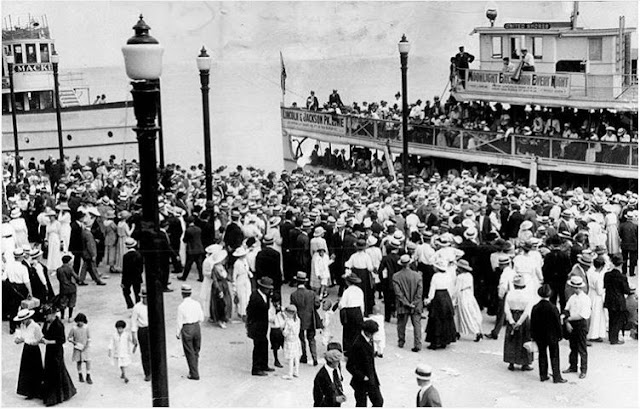 The United Shore steamer took passengers to Lincoln Park or Jackson Park, with a Moonlight Excursion every night complete with dancing. Municipal Pier opened to the public on July 15, 1916, on the shore of Lake Michigan.

The pier originally had a docking place for freighters, passenger boats and an indoor and outdoor space for recreation for the public. By 1927, the pier was renamed Navy Pier to honor the naval veterans who served in World War I.

Navy Pier was redesigned in 1995 and became a retail, dining, and entertainment hot-spot.